So a few days ago, we submitted our tunes for consideration to KVGI's The Crush out of Frisco, Texas. Chris and Doc took a listen to our stuff and decided it didn't kill their brains with ear bleedage too badly, therefore they featured "Rust" on their weekly radio show The Crush, wherein fans vote whether to #CrushIt or #FlushIt when a song is played.

I have to say we were mighty proud to hear our tunage played across internet radio. Gained a few new fans and the respect from Chris & Doc. Very exciting and a lot of fun.

You can hear the radio play and following reaction from Chris & Doc here. Follow their Facebook and Twitter while you're at it. They feature a lot of cool new music from indie artists every week!

Also, another little promo spot for a different kind of event... Trepid will be participating in the upcoming artspace exhibit, Art of the Band. This exhibit will feature musical artists and bands, past and present, from all over Northwest Louisiana by displaying the artwork that goes into band promotion, merchandise, and the music itself.

Casey Jones of SRAC invited Trepid to do a little spot with Joel Rodgers of KMSS Fox 33 to promote the artists call. You can view that little ditty here.

The Art of the Band exhibit will run from August 20 until October 29. Gallery visitors will have a chance to actually purchase merch and music from all bands featured! During the exhibition, the Stan Lewis Festival will take place on September 26, with selected bands from the exhibit performing.

KRAMPUSNACHT IS UPON US! 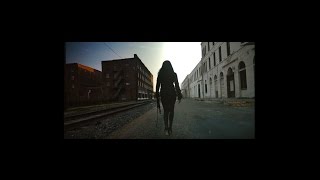 KRAMPUSNACHT IS UPON US!